OK, loved the music but Wizard buys a steak dinner for anybody who spotted in the Unchained Melody cover that the video is presented back-to-front.

1. Poster on the wall behind him is in reverse, and
2. His shirt buttons are back to front for a man (as opposed to a lady)

Heard this on the car radio yesterday.

One of my fave tracks from their album The Wall.

I found this interesting, a comparison of vocal ranges between Axl Rose and Mariah Carey.

Plot
Pink is a rock star, one of the many reasons which have left him depressed. At the beginning of the film, he appears motionless and expressionless, while remembering his father. ("When the Tigers Broke Free, Part 1") While Pink imagines a crowd of fans entering one of his concerts, but him receiving them in a fascist alter ego, a flashback reveals how his father was killed defending the Anzio beachhead during World War II, in Pink's infancy. ("In the Flesh?") The aftermath of the battle is seen ("The Thin Ice"), and thus, Pink's mother raises him alone, which affects Pink's childhood. ("Another Brick in the Wall, Part 1") A young Pink later discovers a scroll from "kind old King George" and other relics from his father's military service and death. ("When the Tigers Broke Free, Part 2") An animation depicts the war, showing that the death of the people was for nothing. ("Goodbye Blue Sky") Pink places a bullet on the track of an oncoming train within a tunnel, and the train that passes has children peering out of the windows wearing face masks.

At school, he is caught writing poems in class and is humiliated by the teacher who reads a poem from Pink's book (lyrics from the song "Money"). However, it is revealed that the bad treatment of the students is because of the unhappiness of the teacher's marriage. ("The Happiest Days of Our Lives") Pink imagines an oppressive school system in which children fall into a meat grinder. Pink then fantasizes about the children rising in rebellion and burning down the school, throwing the teacher onto a bonfire. ("Another Brick in The Wall, Part 2") As an adult now, Pink remembers his overprotective mother ("Mother"), and when he got married. After a phone call, Pink discovers that his wife is cheating on him, and another animation shows that every traumatic experience he has had is represented as a "brick" in the metaphorical wall he constructs around himself that divides him from all society. ("What Shall We Do Now?")

Pink then comes back to the hotel room with a groupie ("Young Lust"), only for her to annoy Pink to the point where he destroys the room in a fit of violence, scaring her away. ("One of My Turns") Depressed, he thinks about his wife, and feels trapped in his room. ("Don't Leave me Now") He then remembers every "brick" of his wall ("Another Brick in The Wall, Part 3"). His wall shown to be complete, and the film returns to the first scene. ("Goodbye Cruel World")

Now inside his wall, he does not leave his hotel room ("Is There Anybody Out There?"), and begins to lose his mind to metaphorical "worms". He shaves all his body hair, and watches The Dam Busters on television. ("Nobody Home") A flashback shows young Pink searching through trenches of the war ("Vera"), eventually finding himself as an adult. Young Pink runs in terror, and appears in a station, with the people demanding that the soldiers return home. ("Bring the Boys Back Home") Returning to the present, Pink's manager finds him in his hotel room, drugged and unresponsive. A paramedic injects him to enable him to perform. ("Comfortably Numb")

In this state, Pink dreams that he is a dictator and his concert is a fascist rally. ("In the Flesh") His followers proceed to attack people. ("Run Like Hell") He then holds a rally in suburban London, indicating his mind has taken over. ("Waiting for the Worms") The scene includes images of animated marching hammers that goose-step across ruins. Pink then stops hallucinating and screams "STOP!", deciding he no longer wants to be in the wall. He is then seen cowering in a bathroom stall, silently singing to himself as a security guard walks past him. ("Stop") In a climactic animated sequence, Pink, as a rag doll, is on trial for "showing feelings of an almost human nature", and his sentence is "to be exposed before his peers". His teacher and wife accuse him, while his mother tries to take him home. The judge gives the order to "tear down the wall!" ("The Trial") Following a prolonged silence, the wall is smashed as Pink can be heard screaming. Pink is never seen again after this. Several children are seen cleaning up a pile of debris, with a freeze-frame on one of the children emptying a Molotov cocktail, after which the film ends. ("Outside the Wall")

The above copied from this link. 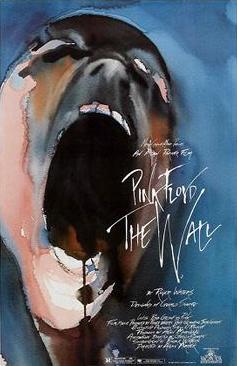 So enjoyed those Glen Campbell songs, I forget sometimes what a wonderful guitarist he was.

Here's one of my faves of his

wizardfromoz said:
Heard this on the car radio yesterday.

One of my fave tracks from their album The Wall.

probably more about mental ilness on Dark Side of the Moon ,though don't you think eg track Brain damage : the lunatic is on the grass ..Although the lyric "comfortably numb " could fit a lot of people including a friend of mine , running around in circles . Then again that might be better than my position , where if i don't run around in circles i might have the time to think is this all there is..and so on
Slackware and Vanilla Arch user

That may be a mite difficult to collect on, mate!
OP

40 years ago today, John Lennon was gunned down.


The day Lennon was murdered, I was at an Elton John concert. Elton was touring Australia every year at that time, and I saw him 3 years in a row.

When he heard the news of Lennon's death, he was devastated, as they were great friends.

A year later, when he toured again, he took the opportunity to premiere a song written in memory of Lennon. Of course, I was there.

Here's the lyrics if you want to take a look 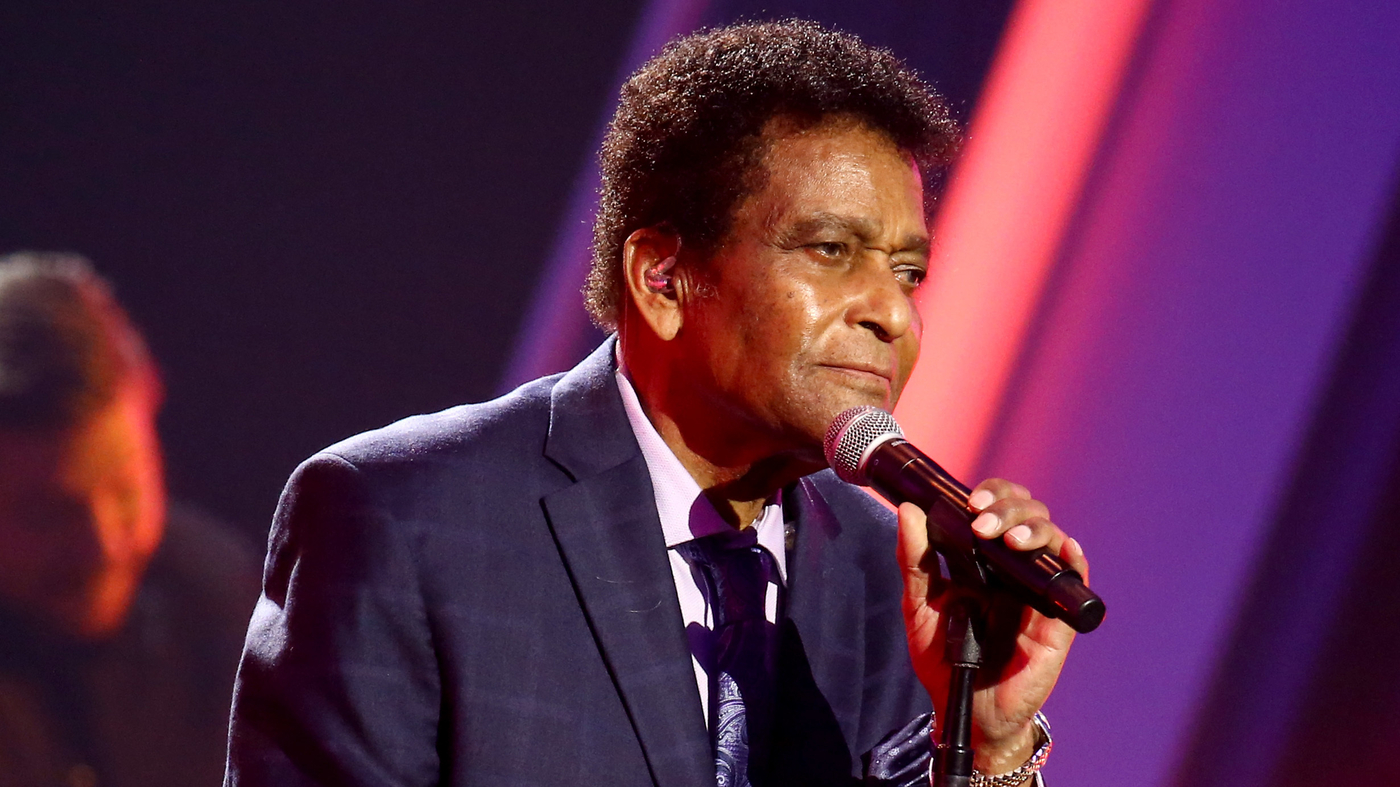 Pride died Saturday from complications of COVID-19 in Dallas. The baritone-voiced singer was the first Black man inducted into the Country Music Hall of Fame.

Condobloke ...Outback Australian ::LINUX MINT used EXCLUSIVELY here.
Live simply. Love generously. Care deeply. Speak kindly …. Especially in C19 times.
It has been said that time heals all wounds. I don't agree. The wounds remain. Time — the mind, protecting its sanity — covers them with some scar tissue and the pain lessens, but it is never gone. Rose Kennedy.

Facebook Watch is the place to enjoy videos and shows together. Find the latest trending videos, discover original shows and checkout what's going on with your favorite creators.

CLICK ON THE LINK, AND LISTEN TO A VOICE THAT HAS HARDLY MELLOWED IN 50 YEARS !
Last edited: Dec 18, 2020
Condobloke ...Outback Australian ::LINUX MINT used EXCLUSIVELY here.
Live simply. Love generously. Care deeply. Speak kindly …. Especially in C19 times.
It has been said that time heals all wounds. I don't agree. The wounds remain. Time — the mind, protecting its sanity — covers them with some scar tissue and the pain lessens, but it is never gone. Rose Kennedy.
OP

Here's a little Christmas offering from one of my favourite bands, Jethro Tull.

This one's a live version from 1992, of Christmas Song.

Take it away, Ian Anderson.

Condobloke ...Outback Australian ::LINUX MINT used EXCLUSIVELY here.
Live simply. Love generously. Care deeply. Speak kindly …. Especially in C19 times.
It has been said that time heals all wounds. I don't agree. The wounds remain. Time — the mind, protecting its sanity — covers them with some scar tissue and the pain lessens, but it is never gone. Rose Kennedy.

Watching this right now on youtube and thought of sharing here

No better song to start my day - U2 from the War album.

Crank up your volume for 5 minutes and 35 seconds. Take it away Bono and Edge