I'm Amanda. I'll tell you a brief story so that you understand the reason for this thread.
Please read carefully until the end.

My first computer was a Pentium 1, 133 MHz, 16 MB of RAM and 1 GB of HDD. It came with Windows 95.
I got this computer, used, in 2006. It came almost complete, aside from the monitor. Yes, it was extremely slow for the time. But I was happy with that technology. I used it very few times because I didn't have a monitor for it and needed to manually transport the thing to friends in order to use it.

My dad, noticing that such computer wouldn't serve the family, bought a new computer for us. At the time in Brazil there was a government program called "Computador para todos", or "Computer for All" where they would build low-cost computers that were affordable for low-income families. One of the reasons they were lower cost was because all of them came with Linux. The computer my dad bought was a CC PCL-W2BL. Now, I was more equipped than ever! With 256 MB of RAM, 40 GB of HDD and a Celeron D310 running at 2.1 GHz. I was super exited with such machine.

I set it up and turned it on. The "Computer for All" logo appeared, and then I was presented with something completely new: Linux.
I don't think I ever sed it and my friends at the time used to say Linux was sh**. Well, even with these opinions, I wanted to see what Linux was about.
It was beautiful. So beautiful it left Windows XP behind, there was no comparison. And Windows 95? It wasn't even on the picture anymore.
I started using it and liking it. The icons, menus, wallpapers, interface, it was all so gorgeous and intuitive.
I learned a lot by messing with that Linux. It was a bit hard at the beginning, I needed to re-install the OS almost daily because I wanted to mess with it. And I LOVED doing it. I used to mess around with that OS about 12h per day, and I didn't even have an internet connection!

After this, I kinda conformed to using Windows for a while. But not too long after I used Ubuntu 10.10, and it was a wonderful experience again! So good it made me want to go back to Linux.
But, since not all is roses, Ubuntu 11.04 came. I decided to stop using Linux because the OS was too unstable for me and I didn't have the time to learn about other distros. There I was, back at Windows.

In 2012 I saw some news that Steam was coming to Linux. Right at that time, I deleted everything I had on that HDD and installed Ubuntu 12.04, an OS that many claimed to be stable. And it was! And I thought Unity looked really pretty too.

Now, to the topic at hand:

I've been looking for my first distro since 2008 and I couldn't find it. It's one of the rarest distros over here. It was called "Insigne Linux 4.0 Einstein". It was a black CD with a big "LINUX" written on it.
In 2014 I went to a friends' house and she had the CD.... I was super excited! But, as it turns out, the CD was rotting. I almost cried right there.

In 2014 I wrote a thread on a brazilian forum looking for this distro: https://www.clubedohardware.com.br/forums/topic/1062677-pedido-especial-insigne-linux/

I tried everything: contacting the ex-director of the company, their blog writers, calling their numbers. Nothing worked.

After many, many years looking for it, I decided to post online again yesterday. By a struck of luck, one user had the CD and it was readable! You can see my post here:

And the user response:

Now, after composing myself and cleaning up the tears, I came here to ask for help. "Why?", you may ask? "Well, you've got the ISO". Yes, that's true. HOWEVER, the OEM version of this distro requires a CDKEY to install. I know, right? Super unusual. It would look for it on the source code, if it was available, but it's not. All the mirrors are gone for more than a decade!

So, I'm here asking for help. I need someone to help crack this installation KEY. The CD requires two fields, each with 12 characters. Some examples from version 5.0 bellow (none work on version 4.0, which is the one I'm making availble here):

These are some CDKEYS for version 5.0. Maybe they give some clues as to how they're generated.

Yesterday I was able to track down one of the writers for Insigne's old blog. She was able to give me the current Facebook profile of the ex-director. I wasn't able to find him anywhere! I'm glad she helped me. I contacted him both via Facebook and WhatsApp. Sadly he's ignoring me, so I'm still looking for these CDKEYS.

Now, what am I looking for? The CDKEYS. Do you think you can help me crack them?
You can download the ISO at: https://archive.org/details/insigne-linux-4_0r3
If you download it "the normal way" it may take you many hours to do so as the downloads at Archive.org are extremely slow.
If you rather download it via Torrent, I'm the only one seeding it but speeds should be 2 MiB/s (if there's only one person downloading it).

Let me know if you have any questions.

Thanks in advance,
Amanda

I don't have any help, but I do want to point out a couple of things.

A distro more than a decade old is probably not going to run on modern hardware, especially when you can't update it. If you were to put it online, there are exploits available for the versions of software you'd be using - including privilege escalation exploits.

I can not, in good faith, help. I'm not sure that anyone here would be willing to help you crack CD codes - which, while open source, sounds a whole lot like piracy.
We actually have some rules.
Hey, how long have you been using Linux? Please see the poll (and vote) at this link.
Learn how to ask a good support question (UPDATED!)
I have decided to offer inexpensive Linux-based web hosting.

There's no point in running a discontinued Linux distribution because it not being supported anymore so not receiving software and security updates. If it's opensource look for the source code and look if you can find any info about how the CDKEYS are generated. If you ask me it sounds more like another case of WindowsFX putting license keys on opensource software.
Last edited: Jan 4, 2022
"All things are difficult before they are easy"
"Nothing that is worthwhile is ever easy"

f33dm3bits said:
There's no point in running a discontinued Linux distribution because it not being supported anymore so not receiving software and security updates. If it's opensource look for the source code and look if you can find any info about how the CDKEYS are generated. If you ask me it sounds more like another case of WindowsFX putting license keys on opensource software.
Click to expand...

I'm Henry, the chap who sourced the media for Amanda.

Their OEM releases required keys because they were expected to provide tech support to whoever bought a machine with Insigne preinstalled.
Having the key was the qualifier for support.

The source isn't available online right now. Insigne Software went out of business years ago, and the Wayback Machine doesn't have it archived.

Plus, about Insigne being a discontinued OS: Retrocomputing?
OP
A

Oh my god!
A user on Steam forums got it!

[Image containing 'crack' removed by moderator - specifically me, KGIII, C'mon, we can't be associated with that sort of thing. It makes the domain look bad and negatively impacts things like search engine results.]
Last edited by a moderator: Jan 5, 2022

isotophe said:
Plus, about Insigne being a discontinued OS: Retrocomputing?
Click to expand...

Yes that could be a reason but this forum's main focus is desktop and everyday use, that being the reason why I answered the way I did and why @KGIII did as well. There are specific forums that cover that topic. 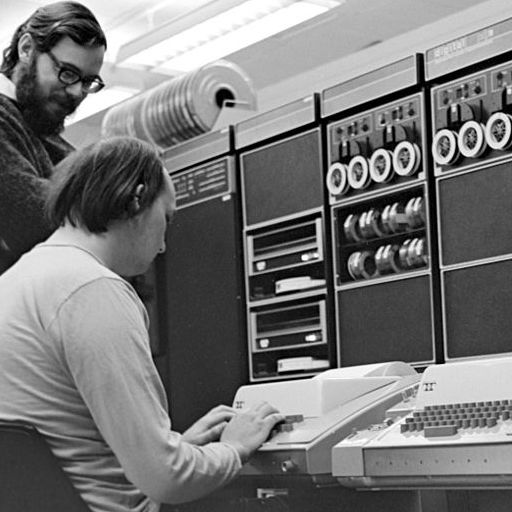 A museum of all things computational: mechanical, mainframe, mini, micro

@AmandaSantini glad you were able to find someone to help you out with it! Just out of curiosity what is your goal behind getting a cdkey to a discontinued distribution?
Last edited: Jan 5, 2022
"All things are difficult before they are easy"
"Nothing that is worthwhile is ever easy"

@AmandaSantini
Do you have a national museum of computing, if so they may be able to help
When asking for help
Please state the make and model number of your machine or its specification [some problems may be equipment specific]
Please tell us which distribution and build number you are having problems with [example Ubuntu 18.1]
Explain what your problem is and what [if anything] you have tried to remedy it yourself

The idea that Bill Gates has appeared like a knight in shining armour to lead all customers out of a mire of technological chaos neatly ignores the fact that it was he, by peddling second-rate technology, who led them into it in the first place
Douglas Adams [1995]
You must log in or register to reply here.
Share:
Facebook Twitter Reddit Pinterest Tumblr WhatsApp Email Share Link
$100 Digital Ocean Credit
Get a free VM to test out Linux!