remotely accessing my computer from my android wirelessly

I need the connection to be able to:

Any help you could give me on this subject I will be very grateful for.

Welcome to the forums, this may help 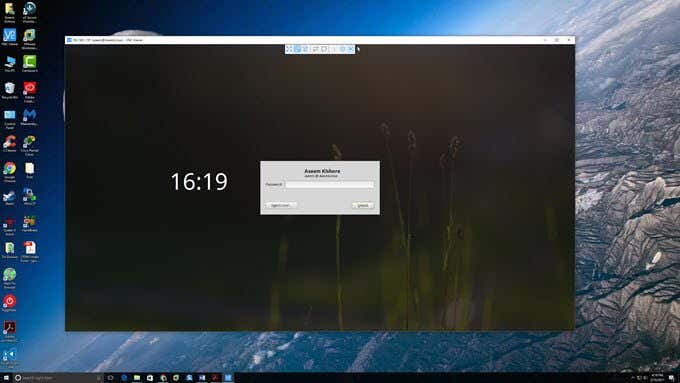 I have Linux Mint installed on a test machine at home that I use for playing around with Linux in general, but I use a Windows 10 machine as my [...]

helpdeskgeek.com
When asking for help
Please state the make and model number of your machine or its specification [some problems may be equipment specific]
Please tell us which distribution and build number you are having problems with [example Ubuntu 18.1]
Explain what your problem is and what [if anything] you have tried to remedy it yourself

The idea that Bill Gates has appeared like a knight in shining armour to lead all customers out of a mire of technological chaos neatly ignores the fact that it was he, by peddling second-rate technology, who led them into it in the first place
Douglas Adams [1995]
K

There's also TeamViewer, which is pretty easy to configure and free for *personal* use.

And a slight deviation from the above comment, I actually prefer RealVNC for my VNC needs. It just works.
We actually have some rules.
Hey, how long have you been using Linux? Please see the poll (and vote) at this link.
Learn how to ask a good support question (UPDATED!)
I have decided to offer inexpensive Linux-based web hosting.

KGIII said:
There's also TeamViewer, which is pretty easy to configure and free for *personal* use.

And a slight deviation from the above comment, I actually prefer RealVNC for my VNC needs. It just works.
Click to expand...

I've noticed these work pretty good if you have a xWindows GUI.
But what if your Linux systems are all terminal/console, no GUI?

I have yet to find a good ssh client for android.
You're all in trouble when I find my Illudium Q-36 Explosive Space Modulator.
K

You can try one simply called "SSH Client". It works well enough that I left it installed.
We actually have some rules.
Hey, how long have you been using Linux? Please see the poll (and vote) at this link.
Learn how to ask a good support question (UPDATED!)
I have decided to offer inexpensive Linux-based web hosting.
OP
S

Thank you all very much for the advice,

I have found AVNC as the VNC client for androids however there is something I forget to mention before, I use a VPN due to the constant use of public wifi I have been told that it is not possible to connect to VNC through these.

And maybe I should clarify with the above:

Please pardon me and any help you can give me on this quite niche problem will be greatly appreciated, it's because I am starting work on a ship.

*How can I remotely connect to a Linux machine using a smartphone?
Since the smartphone model was not explicitly specified, I am assuming it runs Android.

Since this was tagged with “SSH”, I am also assuming you will primarily want to use the SSH protocol for remote connections.

Install the OpenSSH server on your Linux system.
a) If your Linux system is connected straight to the Internet and has a public IP address unto itself, make sure its firewall is configured in such way that the TCP port number 22 (which is the standard SSH port) is accessible from the outside world, using the public address.

b) If your Linux system is behind a separate firewall or a (NAT) router, and if that separate device holds the public IP address to itself, make sure that device is configured to accept traffic from the Internet to the TCP port 22 of its WAN interface and can route/forward it to the Linux system in your LAN.
Install an SSH client on your smartphone. For Android, this could be e.g. ConnectBot, Irssi ConnectBot, or JuiceSSH.
Configure a connection profile in the SSH client with the public IP address of your Linux box.
Optional steps:

If your public IP address is not static but assigned dynamically by your ISP and if it may change whenever the connection drops, a) register an account (and a hostname of your choice) at some Dynamic DNS service, or b) buy your very own domain from a registrar which runs such service on your behalf. Then change the connection profile in the SSH client to use the fully-qualified hostname of your Linux box, instead of its bare IP address. You will also have to c) install and configure a dynamic DNS update client on your Linux system.
If the default Android keyboard feels too limiting, install an app called Hacker’s Keyboard, which resembles the normal PC keyboard layout and has all the missing special keys, such as the arrow keys for command-line editing.
You must log in or register to reply here.
Share:
Facebook Twitter Reddit Pinterest Tumblr WhatsApp Email Share Link
$100 Digital Ocean Credit
Get a free VM to test out Linux!