Kernel sometimes mistakes my PC speaker for a buzzer

I have recently uninstalled PulseAudio and opted to use ALSA by itself for Linux sound. The reason was mainly to remove Polkit from my machine, because I didn't feel like I needed it yet it was a dependency for many programs on my computer.

However, afterwards I noticed that there are random times when I turn on my machine, I notice that contrary to what I thought, the terminal bell actually works. I backspace past the beginning of my command and my speaker makes a short sound, despite the fact that I had headphones plugged in.

The only way I know how to fix it is to reboot my system, which doesn't always work as my kernel makes this decision pretty much randomly after each boot: sometimes the speaker can be used by programs on my system to play music, video, games, etc., while other times the speaker only serves as a buzzer.

This basically means that I don't have sound when my speaker acts this way, as my headphone jack is part of the internal sound card rather than being its own card. I don't have a speaker that plugs into USB, allowing it to behave as its own sound card.

I am asking to know why my computer is behaving like this, and how to configure my system to act one way or another.

PulseAudio basically sits atop ALSA, and use it internally. ALSA is unable by itself to be used by multiple applications, so PulseAudio provides this functionality among others.
Summarized:
ALSA - dealing with the hardware, basically owning it
PulseAudio - a software proxy providing additional features (mixing, equalizer) between your application and the ALSA/OSS subsystem 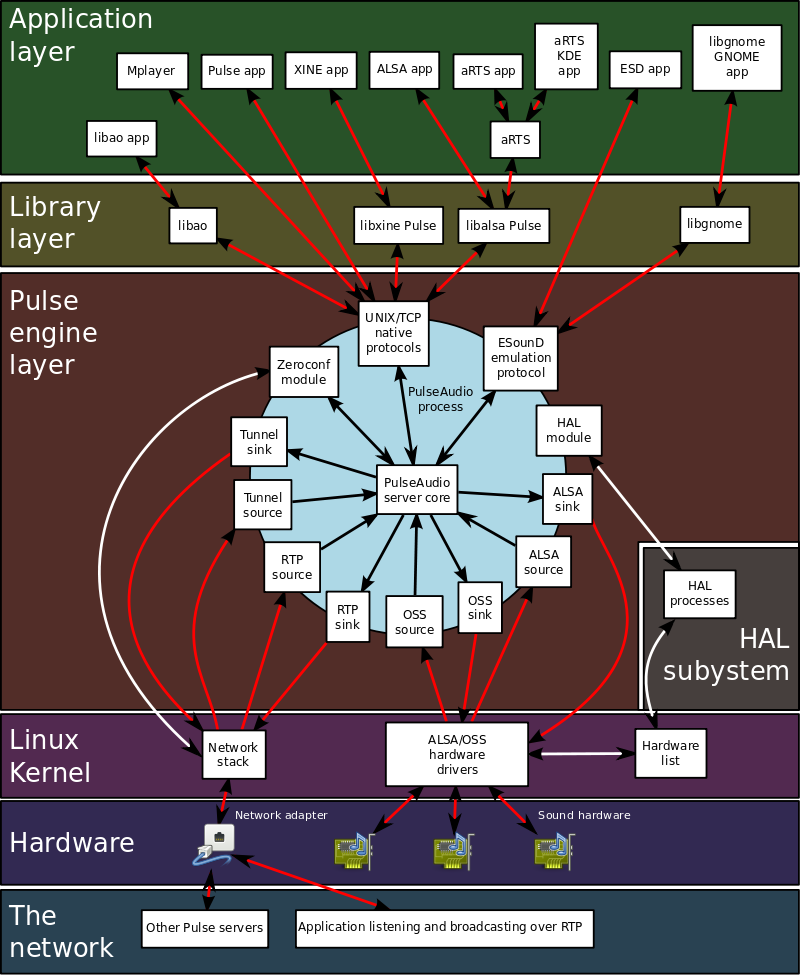 But here's the thing. Even though Pulse Audio is removed from my system, as seen here:

Code:
When the sound card is not made into a buzzer, and can be seen in alsamixer:

Code:
I actually have no problem using multiple applications with ALSA. When I play multiple instances of MPV video player, the audio channels get mixed so I can hear them at the same time. There is nothing I used Pulse Audio for that seems to be missing with ALSA. The only problem is that sometimes my speaker thinks it's only a buzzer and can't be used for any applications on the system.

could be you machine has a built in MoBo buzzer/beep speaker which operates outside of normal audio and is generally use for warnings and diagnostics
Currently running Expirion-Cinnamon-XanMod
based on Debian 11 Stable
https://sourceforge.net/projects/expirion-linux/
You must log in or register to reply here.
Share:
Facebook Twitter Reddit Pinterest Tumblr WhatsApp Email Share Link
$100 Digital Ocean Credit
Get a free VM to test out Linux!