mechi said:
I just noticed that in a post you said you got the scanner to work with Imagescan but not Simplescan, have you tried going to "preferences" in Simplescan and then changing the "Scan Source"? That's what I did to get Simplescan to work.
Click to expand...

It looks like the Scan Source was greyed out as I didn't have the machine switched on, but unfortunately, upon going to "Preferences", where my XP-445 is now listed next to the "Scan Source" and clicking on "Scan", all I get is a blank image.

This is very puzzling. I know what you mean by the "few extra steps" needed in Linux, I'm a new Linux user too, it took me a few weeks of frustration to get full functionality on my printer. Hope you get it running the way you want.
M

Ah you're faster typing than me, ha, ha. Is there another option in the preferences Scan Source other than your printer name? If there is try that one.
OP
C

mechi said:
I know what you mean by the "few extra steps" needed in Linux, I'm a new Linux user too, it took me a few weeks of frustration to get full functionality on my printer. Hope you get it running the way you want.
Click to expand...

I enjoy exploring the ins and outs of Linux, but when things are ambiguous or confusing (instructions on other sites being incomplete or not fully clear), it makes it harder for me to follow what needs to be done.

On an up side, Linux has lots of invaluable potential which I decided to switch to after using M$ Windows 7 for 6 years, which I enjoyed using, but after that expired, I decided Linux was the direction I wanted to go into.

Hopefully I'll have MX 19.1 on my hard drive later (after carefully following and implementing Wizard From Oz's text/video instructions).

I'll have to install the programs/facilities from scratch including my Epson XP-445 in MX 19.1, but that won't be a problem and will be good practice.
OP
C

mechi said:
Ah you're faster typing than me, ha, ha. Is there another option in the preferences Scan Source other than your printer name? If there is try that one.
Click to expand...

Hopefully, I'll have better success in getting Simple Scan running correctly in MX 19.1, but Gscan2pdf now scans, which is the only scanning facility I can get to work, at least in MX 17.

It sounds like all-in-ones, and individual printers and scanners are swings and roundabouts in Linux (through no fault of Linux, rather the fault of brands not fulfilling the needs of Linux users as they do for Micro$oft and Apple users where Those operating systems have Everything working out of the box).

The problems I'm encountering with the XP-445 in Linux are that Minimal settings of the Printer work out of the box, but that, even after I install Scanner drivers, only the Gscan2pdf program scans anything.

Also, the Download options, whether official from Epson or unofficial from elsewhere are incomplete and/or ambiguous so that when I copy the instructions exactly as listed on the relevant web sites, nothing happens.

For example, some instructions are the equivalent of if you had a Command Line that states type in a Command, but they don't state you need "Sudo" as the prefix. It's situations like this that make it complicated for newer users of Linux who don't realize more information is needed that the web sites don't bother to state.

Like formerly in Windows (as Windows 7 is the last M$ operating system I used, as I'm not a fan of Windows 8 or Windows 10), I prefer to download from Official sources (as they're safest), as although not all unofficial sources of downloads are unsafe, unless the user knows they're trustworthy, they have a high risk of damaging or overpowering (with malware) users' computers, even though Linux is less of a target than M$.

One web site caught my eye among the various sites with Epson driver downloads - Tutorial for Linux. They have various links for various Linux distros including MX Linux. They're unofficial, but according to one of their links, they incorporate an Epson Ink Level Meter, which I'd guess most or all other Epson download links would exclude: 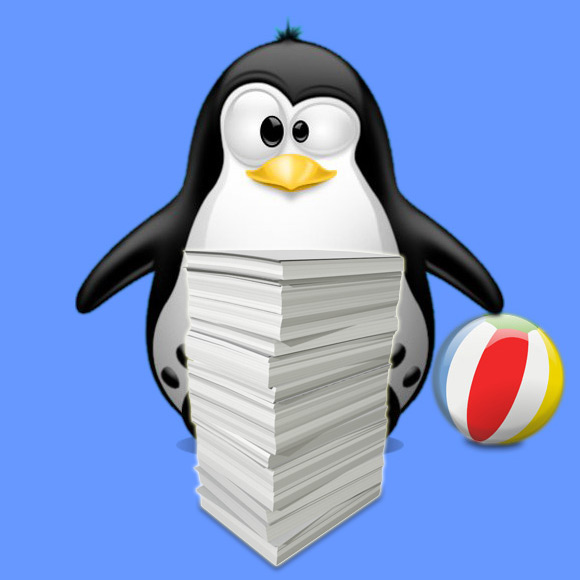 How to Install Epson Inkjet Printer on MX Linux • tutorialforlinux.com

How to Install Epson Inkjet Printer on MX Linux • tutorialforlinux.com

Then, various links that the user would click on individually including the following, but some sections have no instructions:-
It's possible that other links may have the Ink Level Meter information after all, but at present, I only know of the Tutorial for Linux source for this component.
You must log in or register to reply here.
Share:
Facebook Twitter Reddit Pinterest Tumblr WhatsApp Email Share Link
$100 Digital Ocean Credit
Get a free VM to test out Linux!