Is it overkill or just super awesome!
I like overkill myself lol! 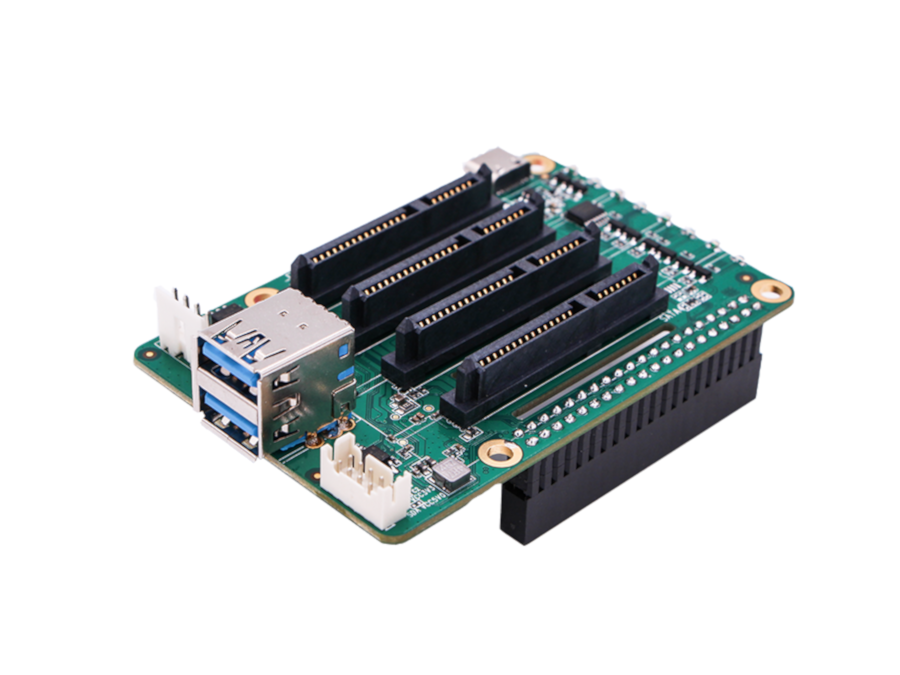 It's compatible with the Raspberry Pi 4, too.

lol, it's a toy at best. Though, I suppose 90% of RPis sold end up being nothing more than toys. (though I have a few that have jobs and we even use some at work as environment monitors)

The primary issue with this is the Raspberry Pi operates at 5 volts and to power it, the hat, and (4) full size hard drives, you will probably need close to 75 watts of power to operate at full power. (that's about 15 amps at 5 volts!)

Now, you could use SSDs which are a bit lower consumption and they likely wouldn't be running full blast all the time so you could get away with less power. Though, if you trigger full throttle, you are likely to brown-out or completely lose power creating stability issues which would put your data at risk.

We haven't even started to discuss system level caching and the memory required to properly do that for a NAS device. Though, it's not necessary for a toy.

It's a very cool project for sure. The things you can do with these devices and a little effort on the design bench is very cool.
echo 'SGksIEknbSBEYXZpZCBhbmQgSSdtIGEgTGludXggRW5naW5lZXIK' | base64 -d

Yeah, I was kinda wondering about the power as well seems like at this point you might as well get a full pc lol!
Ubuntu / Win 10 on Asus K53E 8 GB RAM 1 TB laptop.
Raspbian / Rasberry PI 4 4gb 32gb sd single board PC.
You must log in or register to reply here.
Share:
Facebook Twitter Reddit Pinterest Tumblr WhatsApp Email Link
$100 Digital Ocean Credit
Get a free VM to test out Linux!